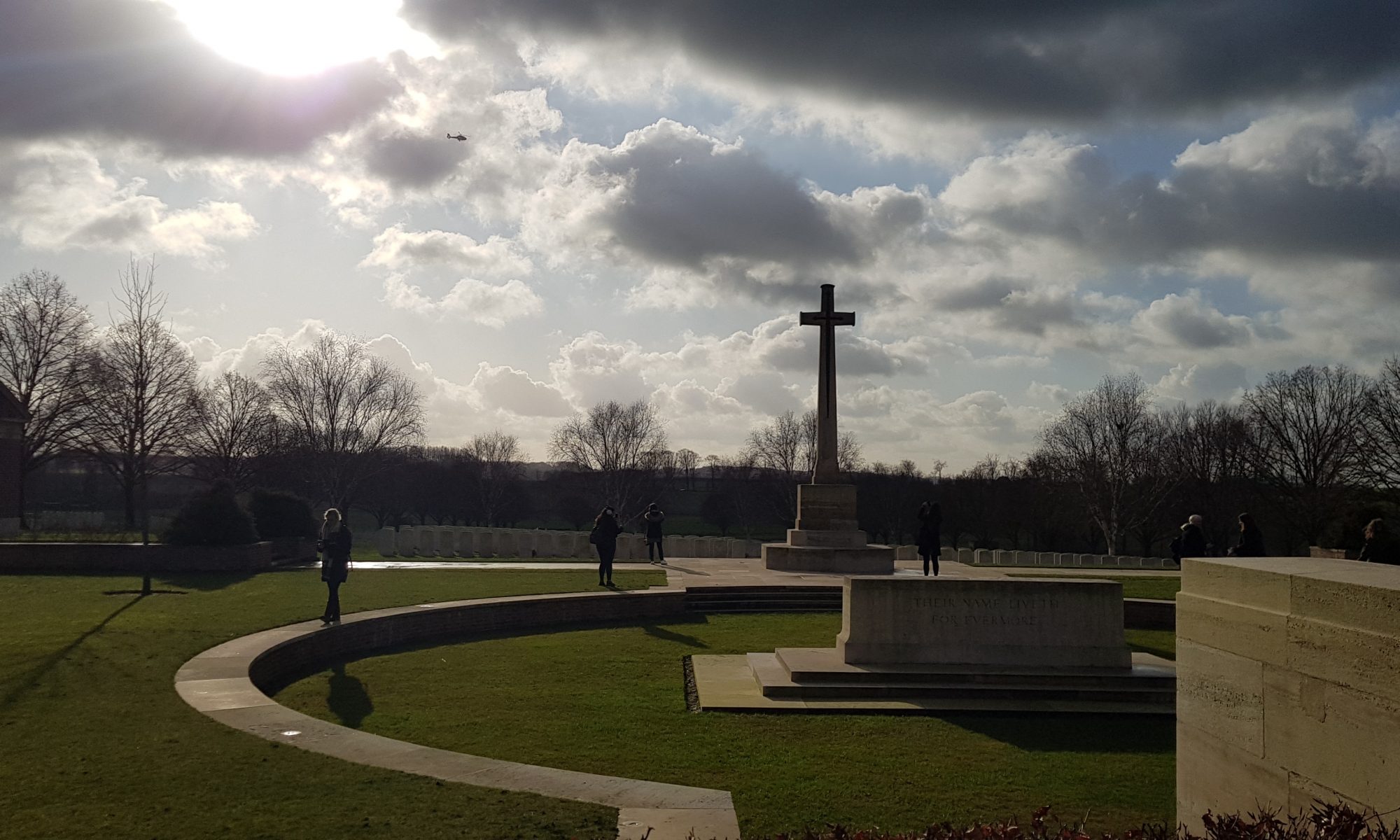 Just back from a well organised familiarisation tour to Flanders and the Somme organised and hosted by Tourism Ieper.  You might think that a year after the end of the centenary of the First World War that no one would be investing in developing First World War heritage.  But that is far from the case.  We saw a slew of new projects that enhance the experience for visitors.

It isn’t often that you see something on a tour around a familiar area that makes you change the way you plan a visit.  The high point (literally) of my trip was the visit to the Church Tower at Zonnebeke, which is open to the public. The website says it is free of charge, but you need a ticket from the Passchendaele Museum to operate the turnstile.  This offers an outstanding view of the Ypres Salient and is a good option to start a tour of the area.  Only worth doing if visibility is over two miles/ three km as there are 200 stairs to climb.

The Museé Somme Albert has a very fine and large collection of exhibits. A little unfashionably for modern museums these are mostly on display. An app is being written to allow visitors to find out more about the objects.  It is planned that visitors can download the app on smartphones.

I hadn’t visited the Hooge Crater Museum  for several years.  The owners have developed the museum to make it a one stop shop for visiting schools.  There are trenches demonstrating British and German trench designs on the site of the German 1916 front line and a good view over Ieper.  There is a gallery focused on medical services and a private room for a group. We were well looked after with a specimen student lunch (plus beer!)

There is a new museum dedicated to aerial warfare over Flanders and the great French air ace George Guynemer.  This is the Guynemer Pavillion Polecapelle

Yper Museum. The Yper Museum is situated at the other end of the Cloth Hall from the In Flanders Fields Museum. In Flanders Fields tells the story of Ieper in four years of war.  The Yper Museum tells the story of Ieper for the other 2,000 years of its history.  How the city grew and shrank with the wool trade, the sieges by the English and French.  Well supported by interactive exhibits, it is a reminder that the area is more than just a battlefield.

One nice feature of familiarisation tours is that they provide an opportunity for cafes and restaurants to show what they can do. The Depot did a great three course supper and Poppies Hostel at Albert and roof top terrace bar at the St. Bernardus Brewery Watou did a great buffet.  I hadn’t been to the brewery before. The view from the rooftop was also very worthwhile offering a panorama of the area west of Poperinge.

Another recent development is the local wine industry. Heuvelland is one of five Belgian regions recognised by a AOP Quality label.  The region claims to be the most northern wine growing region in mainland Europe.

This is the latest of a series of tours for representatives of the British travel trade.  The driving force has been the hotel businesses led by Stefaan Vanderstreate, the Ieper based entrepreneur who runs The Menin Gate accommodation business in Ieper and set up the Poppies hostel in Albert.  These are particularly well-run familiarisation tours.